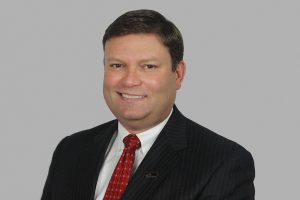 Andrew G. Arena was born in Dearborn, Michigan and raised in Detroit. He obtained a Bachelor of Science in June of 1985 from Central Michigan University and studied in England at Cambridge University. In May of 1988, he received his Juris Doctorate from the University of Detroit School of Law.

Mr. Arena entered on duty with the FBI as a Special Agent in June of 1988. His first office of assignment was the Albany Division, Syracuse Resident Agency, where he worked general criminal and organized crime matters. In July of 1993, he was transferred to the Los Angeles Division and was assigned as Team Leader of the Violent Street Gang Task Force.

In July of 1995, Mr. Arena was promoted to Supervisory Special Agent and assigned to the Organized Crime Section at FBI Headquarters. In 1997, he was appointed Supervisor of the Volent Crimes and Major Offenders’ Squad in the Cleveland Division. He was then promoted to Supervisory Senior Resident Agent of the Youngstown Resident Agency in the Cleveland Division. Investigations in Youngstown focused on the systemic public corruption and organized crime that had long plagued the area.

Mr. Arena was designated Assistant Special Agent in Charge of the Detroit Division by then Director Louis J. Freeh on March 22, 2001. In this position, he oversaw the Counterterrorism and Counterintelligence programs. Following the terrorist attacks of 9/11, Mr. Arena was promoted to Chief of the International Terrorism Operations Section at FBI Headquarters. The following year, he was appointed Special Assistant to the Executive Assistant Director for Counterterrorism and Counterintelligence and assigned to the Director’s office.

On March 1, 2007, Mr. Arena assumed the position of Special Agent in Charge of the Detroit Division. He is married and has three daughters.