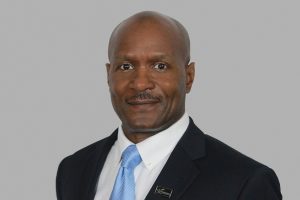 A graduate of the FBI National Academy and Northwestern University’s School of Police Staff and Command, he holds a bachelor’s degree from Eastern Michigan University in Public Administration and is a member of the Southeastern Michigan Association of Chiefs of Police, Wayne County Association of Chief of Police, and Oakland County Chiefs of Police. Ellis is also a veteran of the United States Marine Corps.